ABOUTOn a dark and stormy night in May this year, exactly 125 years to the day since Bram Stoker published the definitive vampire novel, two people in a room in Transylvania examined a more than 500-year-old document – signed by Dracula himself.

The mission of Gleb and Svetlana Zilberstein? Extract genetic material from letters written by Vlad Dracula – the historical inspiration for Stoker’s Vampire Count – left there by his sweat, fingerprints and saliva.

And from this, this pair, who have been called “protein detectives” – although they prefer “historical chemists” – can create a picture not only of the physical makeup of the Wallachian warlord who became known as Vlad the Impaler for his practice of depicting his enemies on stakes, but also the conditions of the environment in which he lived.

“It was mystical that we were extracting Dracula’s molecules on the day Bram Stoker’s novel was published 125 years ago,” said Gleb Zilberstein. “We didn’t plan this date specifically. All night long, after the extraction of Dracula’s molecules, it rained, dogs howled and lightning flashed. It was a truly magical atmosphere. Count Dracula blessed his release from the Romanian archives.

Zilberstein’s sense of theater challenges the pioneering science at the heart of what he and Svetlana do. He said: “Our job is to find biochemical traces left over from when a historical object was created or when it was used by a historical figure.”

“Once ‘historical biomolecules’ are found, we start analyzing them. That is, to determine the molecular composition and age of historical molecules. We mainly determine proteins and metabolites.”

“These molecules are more stable than DNA and provide more information about the environmental conditions, health, lifestyle, diet of the historical figure to whom the historical molecules belonged.”

The Zilbersteins were born in Kazakhstan and have lived and worked in Tel Aviv, Israel for the past 26 years. Together with Professor Piero Giorgio Righetti of the Polytechnic University of Milan, they developed a biochemical analysis used to extract proteins from objects touched or worn by people long dead. Their first experiment was on the original manuscript Master and Margarita Soviet writer Mikhail Bulgakov.

Gleb Zilberstein said: “We found traces of morphine and kidney pathology protein on the pages of the manuscript, proving that he wrote it while under the influence of drugs he used to relieve acute kidney pain.”

“After Bulgakov, we brought Anton Chekhov. We analyzed the T-shirt in which he died and his last letter. Chekhov suffered from tuberculosis and used various substances as pain relievers, but died of a stroke. After Chekhov, we started researching George Orwell’s letter to Moscow and found traces of the tuberculosis he contracted in Spain.

Zilberstein said the analysis provides a snapshot of the person’s lifestyle and environmental factors around them when they were dealing with whatever evidence was being worked on.

In the case of Vlad Dracula, this included a letter he wrote on August 4, 1475 to the Sibiu people, located in present-day Romania, informing them that he would soon be settling in their city.

Zilberstein said: “With our analysis, we expect to obtain a snapshot of a molecular portrait of Vlad Dracula when he wrote or signed these letters – that is, his health, what he ate and what the atmosphere was like around him.” [him].”

The funeral of the last Greek king, Constantine II, held in Athens | Greece 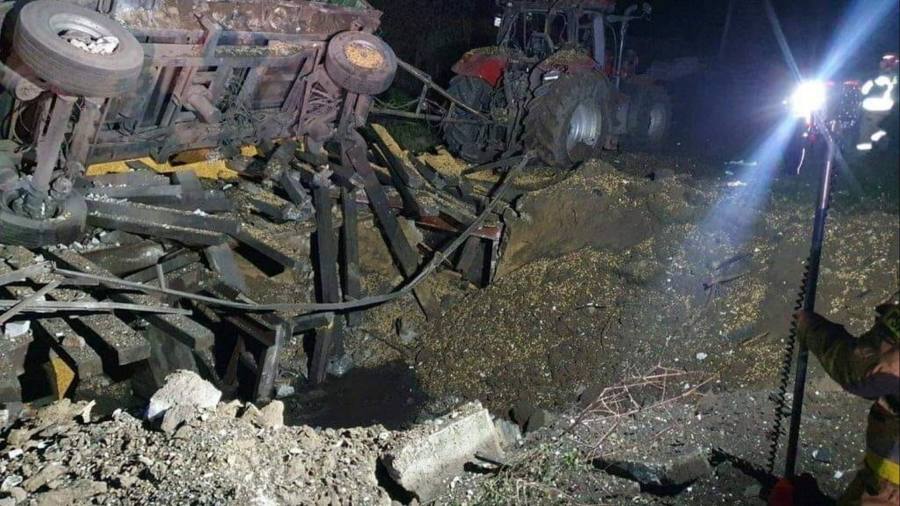