Sequoia Capital, a well-known venture capital firm, announced today that it has launched a $195 million dedicated fund, its fifth. The vehicle will be used to support founders across the United States and Europe; capital will also be used to invest in future cohorts or their Arc program, Sequoia’s internal initiative that invests between $500,000 and $1 million in emerging founders worldwide and is currently accepting applications.

The capital comes as the pre-seed and pre-seed world, already a growing part of the startup ecosystem, becomes even more attractive to investors looking to avoid late-stage market turbulence. AngelList data, released today, tells part of the story, noting that median pre-seed valuations held steady in quarters last year, while later-stage deals like Series Bs fell by nearly a third.

Jess Lee, partner at Sequoia and co-founder of All Raise, said on Twitter that the company will consider all verticals for potential founders across borders, but specifically cited artificial intelligence and consumer society as two areas in which it is investing.

In a blog post announcing the seed fund, other partners similarly hinted at areas of interest. Alfred Lin pointed to augmented reality and virtual reality as creating “the next consumer platform to drive large-scale innovation.” Sean Maguire said “hardware will always have my heart”. Roelof Botha, the recently appointed global head of Sequoia, kept it simple, writing in a post that he is looking for founders who take advantage of a more disciplined market and the declining costs of automation, artificial intelligence and even genetic sequencing.

In an email exchange this morning, Sequoia partner Stephanie Zhan said that “it’s never too early to partner with Sequoia. We want to get to know the founders right at the beginning of their thought process” and to “play an active role early on: brainstorming ideas, asking questions as food for thought, introducing them to potential customers and dreaming their vision together”.

Zhan noted that Sequoia has written seed checks to a number of once-young startups that have grown into major brands, including Airbnb (Sequoia initially invested about $600,000 in the company); Dropbox (joined at about $950,000 at the start) and Nubank ($1 million).

Zhan noted that Sequoia also partnered with still-private payments giant Stripe “when they didn’t have a single line of code”; it was the first investor in WhatsApp; and Palo Alto Networks and YouTube were incubated in her offices.

Sequoia, like many companies, experienced a reduction in its portfolio during the crisis, which may affect how partners handle due diligence and sourcing in the coming year. Just last week, Sequoia-backed GoMechanic cut 70% of its jobs, with its founder admitting in a LinkedIn post that the company had made “serious errors in judgment as we pursued growth at all costs.”

Lin, interviewed by TechCrunch’s Connie Loizos last week at her StrictlyVC event, said the experience hasn’t dampened Sequoia’s interest in cryptocurrencies. While he said that only 10% of Sequoia’s crypto fund was deployed a year after it launched, he added that Sequoia remains a “long-term optimist” about cryptocurrencies.

Lin also told Loizos that “the not-so-fun years are the best time to invest, because all the tourists are gone,” a sentiment Zhan echoed today in her exchange with TC.

Zhang wrote: “The end of the bubble market in recent years is positive. Limitations breed creativity and discipline. Many of today’s most transformative companies were founded during periods of uncertainty, and we believe the same is true now.” 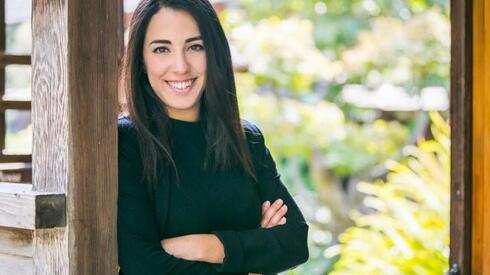 “Keep your mind healthy. Startups die when their founders burn out”

Bijus: In five stories: a year of controversy for Bijus