Jacinda Ardern, New Zealand’s outgoing prime minister, said leading the country was “the greatest privilege of my life” in her final public appearance before stepping down from the role on Wednesday, less than a week after unexpectedly resigning.

“I leave with a greater love and affection for Aotearoa New Zealand and its people than when I started,” Ardern said. “I didn’t think it was possible.”

Ardern was the star of the show, even as Labor’s Chris Hipkins – who will be sworn in as prime minister on Wednesday – and opposition Nationals leader Christopher Luxon appeared to accuse each other of fear-mongering or division over Maori issues in their speeches.

The Ratana Church has strong historical ties to Labor, but even for someone politically committed, Ardern received a particularly rapturous welcome, arriving wearing sunglasses and a korowai – a Maori feathered cloak – to cheers, hugs and requests for selfies. She had not intended to speak at the event, she said, but her hosts nixed the plan.

In a brief speech, Ardern appeared to dismiss speculation – which has been rife in New Zealand since her resignation – that the sexist abuse and anger she faced at work prompted her to quit.

“I want you to know that my overwhelming experience of this business, of New Zealand and of New Zealanders, has been one of love, empathy and kindness,” she said. “That’s what most of New Zealand has shown me.”

A number of Maori leaders used the moment to express their support for Ardern as a leader and a person, while remaining critical of some policies.

“I wear my political allegiance here,” said Che Wilson, president of the Maori Party, pointing to the indigenous designs that dotted his clothing, “but Prime Minister, it’s only right that we say thank you. As the crowd erupted in applause, he continued: “Thank you again.

“Attacking families because of political decisions is simply unacceptable,” said Rahui Papa from Tainui. “[You’ve said] no more gas in the tank, but the gas station was always there. We would help you prime minister – and we will help you in the future.

Ardern would always be welcome in Ratana, he said, “coming back time and time again”.

Ratana celebrations are not a traditional venue for overtly political speeches, but on Tuesday some bucked the trend.

Luxon used his time on the marae (meeting place) to blast Ardern and her government for adopting so-called “co-governance”, a term used to refer to the joint management of affairs between the iwi (Maori tribe) and the government.

Supporters of the policy say it confirms New Zealand’s founding document, the Treaty of Waitangi, which Maori and the British Crown signed as partners in 1840. Ardern’s government has implemented it to ensure Maori representation in local government, establishing a Maori health authority and developing a new governance framework waters.

But the phrase has become a political lightning rod, and opposition to it among some New Zealanders is partly responsible for Ardern’s slide in the polls in the months before she resigned.

“National opposes shared governance in the delivery of public services,” Luxon said. “We believe in one coherent system, not one system for Maori and another system for non-Maori.”

Lukon’s party believes in “creating equal opportunities,” he said. “We don’t believe in equality of outcome.”

He mentioned his efforts to learn te reo Maori – New Zealand’s official language – and said he was “incredibly proud” of New Zealand’s treaty-making process. But his speech otherwise doubled down on National’s opposition to the Ardern government’s Maori policies.

Hipkins also referred to his rudimentary te reo, which he said he was committed to learning, saying he grew up at a time when Maori language and culture, as well as New Zealand history, were not taught in schools – a situation Ardern has sought to reverse .

But Hipkins was otherwise tight-lipped about what Ardern’s Maori policies – including shared governance – might change when she takes office. He has promised since his nomination as leader to “rule a ruler” over the entire government agenda, and appeared to suggest in his first news interviews on Monday that a policy of shared governance is on his mind.

However, he struck a conciliatory tone in his speech in Ratana, praising a sports park near where he grew up that was well managed under a shared governance strategy.

But on Tuesday he was not the focus: Ardern was.

Backstage at Tuesday’s celebration, she told the crowd, “If you’re going to leave, I say leave with a brass band.” 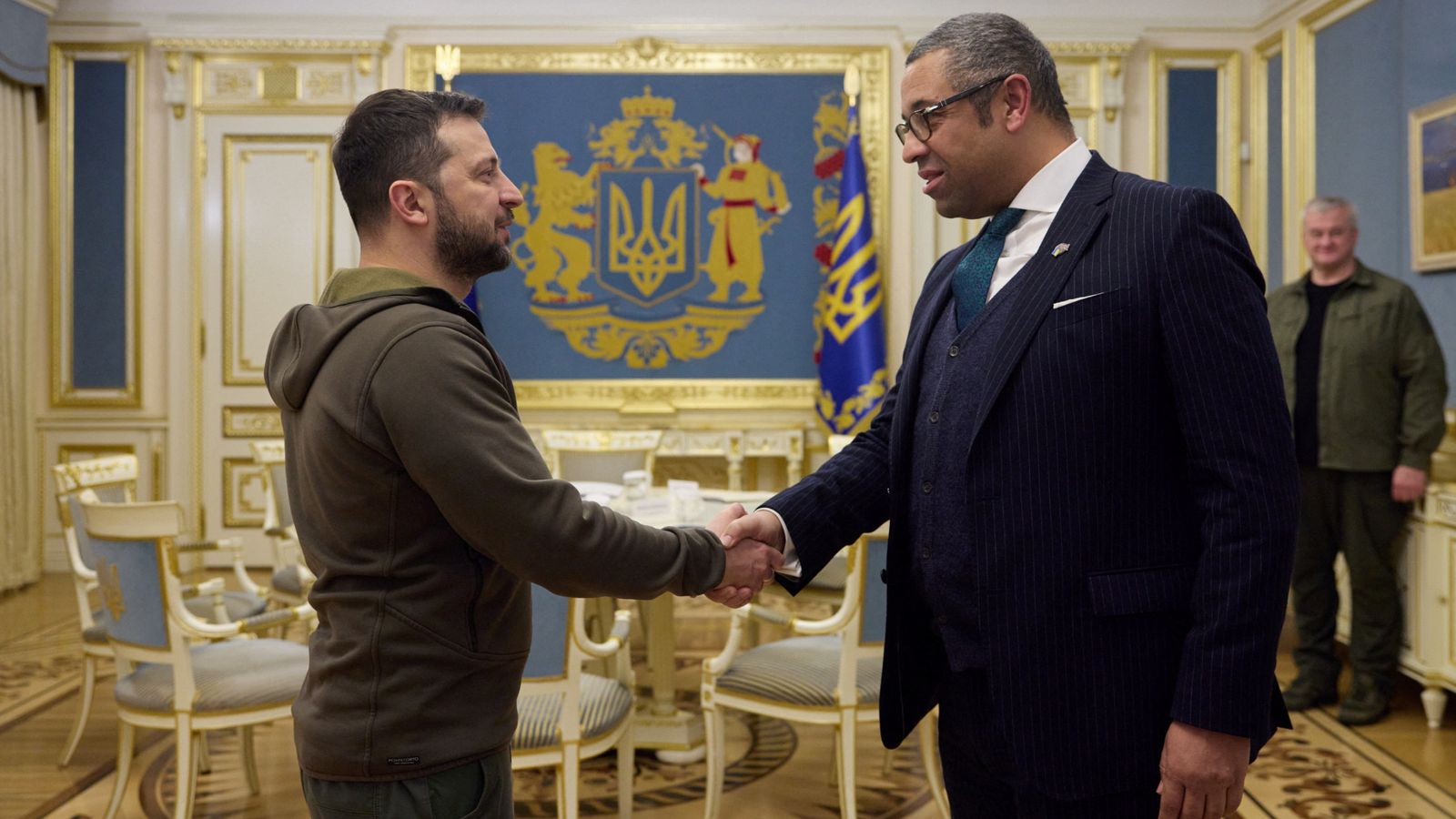 Vladimir Putin is trying to starve Ukrainians into giving up the war, but it won’t work, UK foreign secretary says | World News